Digital Media For A Noisy World 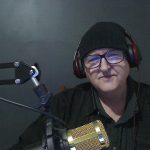 What Does It All Mean Mike?

Because I present this site in the way that I think most represents how I work, and the ideas concerning the WWW that I have developed, I am sometimes asked this question; so many web developers, and web media people choose to adopt a corporate convention, or overhyped approach while I am obstinately individual and probably idiosyncratic!

I have worked in many different contexts, and situations in my information technology career, and I am probably kind of unique in this regard also; there are not that many ‘Baby Boomer’ web people out there, even though the guys who built the internet are all now in their eighties.

For me, and also for many others the World Wide Web is not just about ‘going viral’, or presenting ultra commercial content  to ‘make money online’, the web is actually the most significant amplification of communication potentials that humanity has thus far produced.

While the printing press is regarded as being the most profound invention in our western world, and heralded the beginning of the modern world and the massive expansion of human learning, the WWW is a development of quite a different order, it heralds the beginning of a much more dynamic and mature phase in communication; everything that we regard as being part of our world is only possible because we have developed communication to the extent we have.

OK, all this might sound a little ‘academic’ and abstruse, but if you stay with me here I am getting to the juicy bit.

The internet, and the web (which are not the same thing, whatever people might say) are mostly accidental in terms of how it has all unfolded, it all began as being one of those ‘black projects’ conspiracy communities discuss, this is true; ARPANET was not concerned with how good your ISP delivers Wi-Fi and Netflix to your home and devices, it was about military and high level research projects and the connectivity between universities/military development projects, and all that kind of thing.

It was not until certain individuals decided to release the TCP/IP information ‘into the wild’ and involve private enterprise movers and shakers that the public at large, you and me, began to gain access to this technology, that was when telephone modems became popular, and dial-up internet also became widely available.

The Silicon Valley mob, that sacred grove of technocrats and venture capital, grasped the significance of the internet very quickly, and set about carving out their media empires.

And the rest, as they all say, is history.

Google, Facebook, Twitter, YouTube and a few others have come to represent the entire thing for many of us, but in reality they are NOT the entire thing at all, there are millions of sites, and millions of developers, there is a lot happening that ‘the public’ at large is blissfully unaware of; it is the collective and incremental effects of the internet, the WWW which represent so much of the big changes in our lives today.

Those changes can all be collectively attributed to the amplification of communication, and the capacity for us all to become independent content producers.

Anyway, this is a small fragment of the picture, this is an introduction to my approach and way of looking at it all.

I like to help certain kinds of people, I don’t enjoy being a ‘for hire’ general web person, so if you think this site is a little different to the usual kind of web services platform you see everywhere, you are so right!

However, if you are intrigued, if you are searching for a specialist technical guide, someone who can help you to get your work and your identity published, and optimised you might be pleasantly surprised: I am rather like ‘The Adams Family’ to the generic, mainstream webmasters out there, ‘curious and spooky’, altogether Kooky perhaps!

If you are beginning to despair that you will find anyone who understands what you are trying to achieve, and get out there, let’s discuss your ideas, and let’s put together a plan, if anything you see on this site resonates with you (sorry to use that expression) then perhaps this is a positive sign.

Pages/Sites/Blogs/White Papers/Podcasts/Videos/ – the kind of equipment you can use, the best ways to present them, the technical resources you need, I can help you with this and much more.

Web Projects And Your Visibility